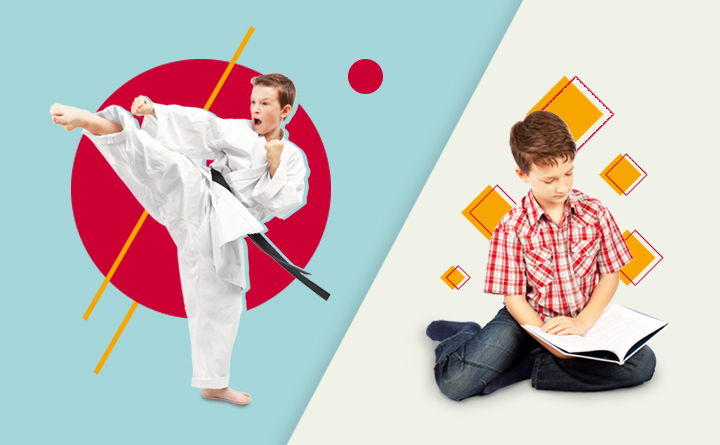 It goes without saying that every parent wants their child to do well in school.

Nothing is quite as frustrating as knowing a child is capable of so much more than what they’re showing in the classroom.

At the same time, most children struggle not because they aren’t smart or talented enough, but because they have trouble concentrating in school. At their young age, they haven’t developed the kind of self-discipline it takes to sit still and pay attention for long periods of time.

While there are a number of different ways parents can try to address this problem, few can compare to the potential of kids’ Martial Arts classes.

There are all kinds of reasons parents should think about signing up their child for kids’ Martial Arts classes, not the least of which is simply that they’re a lot of fun. This sport is great for building their self-confidence too – something almost every child could use more of at this young age.

Still, many parents end up enrolling their children in Martial Arts because it’s a sure fire way to build the kind of self-discipline and concentration that lends itself to success in the classroom – and throughout the rest of their lives.

Here are five reasons why.

Every child who signs up for Martial Arts classes dreams of someday experiencing the sense of accomplishment and pride that comes from attaining the level of “black belt.”

In order to get there, though, the child must learn to hold themselves accountable.

Of course, just like the child has a teacher in school, they’ll have a sensei who’s job it is to lead them toward success in their Martial Arts classes.

However, it’s ultimately up to them to follow that lead and apply themselves to their development. Unlike in team sports, no one is there to pick up the slack for a participant in Martial Arts. Ultimately, the child is 100% responsible for their own success – or lack thereof.

The same is true at school. Teachers are tasked with teaching the lesson and providing feedback, but the grade a child is able to achieve will come down to their own efforts, not those of their classmates.

This focus on the individual is also why Martial Arts have grown in popularity among parents with children who have ADHD. Those children often struggle with team dynamics, but find an opportunity to blossom when introduced to Martial Arts. Aside from the confidence this gives them, the dojo also becomes a place where they can hone their ability to concentrate. 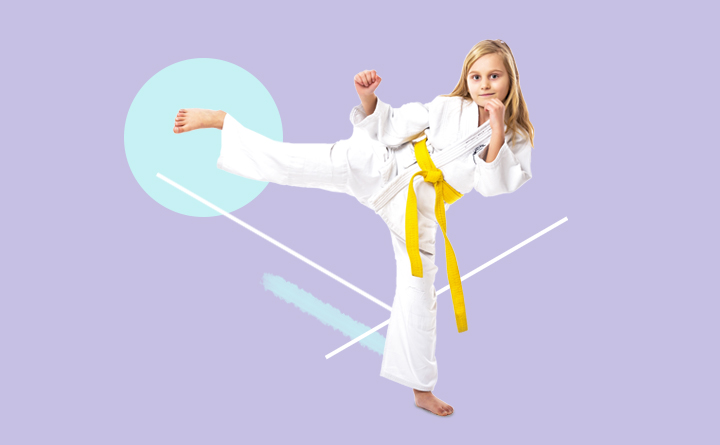 One reason many children have a difficult time developing self-discipline is because, frankly, it’s not much fun. It’s often associated with sitting still for long periods of time.

In Martial Arts, cultivating self-discipline is the only way to progress. It’s also constantly rewarded.

Those children who regularly attend practice and stay focused are given stripes on their belts and, over enough time, new belts altogether.

As time goes on, it becomes abundantly clear to every child that those who are “higher up” in terms of their belt ranking are also the ones who show the most self-discipline. At the same time, becoming more disciplined doesn’t mean enjoying the Martial Art any less. In fact, the higher their rank, the more moves the sensei will teach them. The more moves they learn, the more fun they’ll generally have with the sport.

Many lifelong Martial Artists will explain that, more than anything, their success is due to self-discipline and staying focused – not size, strength, or speed.

Another way, kids’ Martial Arts classes help promote self-discipline is through group dynamics. Even though it’s very much an individual sport, a child’s dojo will also be a source of new friends. Though structured and focused, practice is also a very social activity.

This is why kids’ Martial Arts classes are also a positive form of peer pressure. Younger children will see older, more accomplished kids who like to have just as much fun as they do – but also know when it’s time to get focused and concentrate on the lesson at hand.

A good instructor will still find plenty of opportunities within each class to give students ample opportunity to be a child, as well.

At the same time, each class will show them what other children have been able to accomplish by disciplining themselves.

The parallels between the dojo and classroom in this regard are obvious. Teachers generally find ways to make lessons fun and include breaks for a bit of playtime. Still, children who can separate when it’s time to have fun and when it’s time to get serious about learning will have a much easier time with learning their lessons. 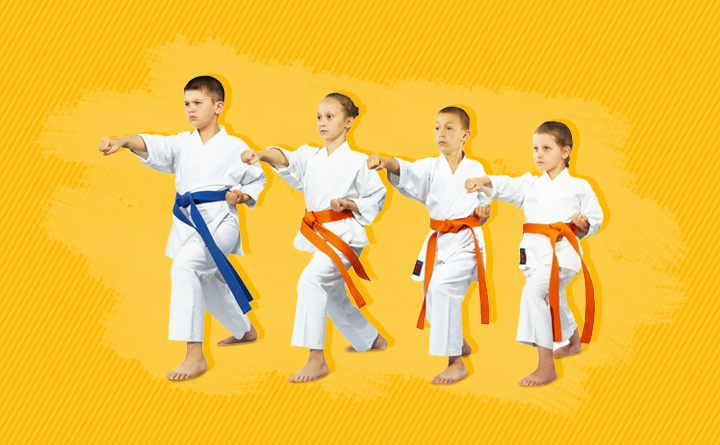 4. Children Are Given the Responsibility to Lead

Just about every child loves being given a certain amount of responsibility. They might always bristle at the thought of doing chores, but most children enjoy being entrusted with a new task, especially if it’s in front of other children.

These kinds of responsibilities are regularly handed out in kids’ Martial Arts classes. Most classes begin with stretching and maybe some light cardio. Instructors will often hand off the responsibility of leading these sessions to some of their better – more disciplined – students.

The same goes for demonstrating new moves. Instructors will call upon students to help them walk the class through each step.

Again, this kind of opportunity to lead is something most kids crave, but in Martial Arts, it’s only awarded to students who have shown that they can also handle the responsibility of disciplining themselves and remaining focus throughout the rest of the class.

As opposed to most sports, kids in Martial Arts never have to stop for an offseason. They can continue with their practice 52 weeks out of the year.

This is welcomed news to kids who fall in love with the sport.

Parents usually enjoying hearing this, too, because physical activity can help with focus, especially in the classroom. It’s actually one of the main arguments for the importance of break time/ play time at School. Children need regular physical activity. If they don’t get it, their brains quickly look for other forms of dynamic stimulation.

While play time is still important, as is other physical activities throughout the week, regular Martial Arts practice throughout the year can go a long way toward helping them remain calm in the classroom.

Possibly the best reason for kids’ Martial Arts classes – because they’re such an incredible way to build self-discipline and the ability to concentrate. Usually the children are having so much fun, they hardly even know it’s happening.

Sure, Martial Arts instructors always stress the importance of self-discipline, but when children are having so much fun with other kids, developing this essential ability doesn’t feel like work.

We would love to help your child embark on their exciting journey with this ancient sport.

Book a FREE trial at one of our weekly classes:

You can find out more about which cookies we are using or switch them off in settings.

This website uses cookies so that we can provide you with the best user experience possible. Cookie information is stored in your browser and performs functions such as recognising you when you return to our website and helping our team to understand which sections of the website you find most interesting and useful.

Strictly Necessary Cookie should be enabled at all times so that we can save your preferences for cookie settings.

If you disable this cookie, we will not be able to save your preferences. This means that every time you visit this website you will need to enable or disable cookies again.

This website uses Google Analytics to collect anonymous information such as the number of visitors to the site, and the most popular pages.

Please enable Strictly Necessary Cookies first so that we can save your preferences!

Please enable Strictly Necessary Cookies first so that we can save your preferences!